Cancer (and other road hazards) Gratitude Hope Posted on Dec 18, 2017 by Susan Sparks 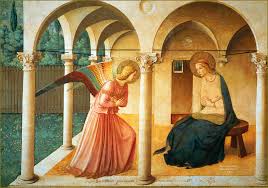 About twenty years ago, a cousin of mine (with a random sense of humor) sent me a Christmas gift — a toilet paper dispenser that played the song “All My Rowdy Friends are Coming Over Tonight” by Hank Williams, Jr.

My reaction (which I didn’t share with him) was, “I didn’t ask for this. I don’t want it. This was NOT on MY list!”

We’ve all been there. Maybe it was a crazy holiday present. Or maybe it was something more sinister, like a relationship conflict, or an elderly parent that needs increasing care, or a diagnosis that contains scary words like “can-cer.” Things that make us want to say, “um, I didn’t ask for this. I don’t want it. This was NOT on MY list!”

Let me tell you about someone else who must have been very tempted to say those exact words: Mary – the mother of Jesus. You may remember the story from the book of Luke where the angel Gabriel appears and tells Mary that she, an unwed teenage mother, was pregnant and was going to give birth, in a barn, to the Messiah.

If ever there was a time for someone to say, “I didn’t ask for this. I don’t want it. This was NOT on MY list!” it would be right here. But Mary doesn’t.  She hears the news, and instead of getting mad, or scared, or running away as fast as she can, she sings a song of thanks!

My soul magnifies the Lord, and my spirit rejoices in God my Savior, the Mighty One has done great things for me, and holy is his name.

Not the first thing you would think someone in her position would say. I would think the more appropriate response might be something like, “WUUUUUT?”

But not Mary. She uses her fear for something more.

We are all called—all given sacred jobs in this life. Some can be terrifying. Some can make us want to say “I didn’t ask for this. I don’t want it. This was NOT on MY list!” And in those situations, we have two choices: We can push them away in fear. Or we can use that fear for transformation.

Two thousand years ago in a tiny town by the Galilee a brave young woman was given news that would have terrified many a soul. But Mary chose to face those fears with thanksgiving. To look her fear in the face, and say let this give birth to something great.

May we all have the courage to do the same.