Smoking in the Shower 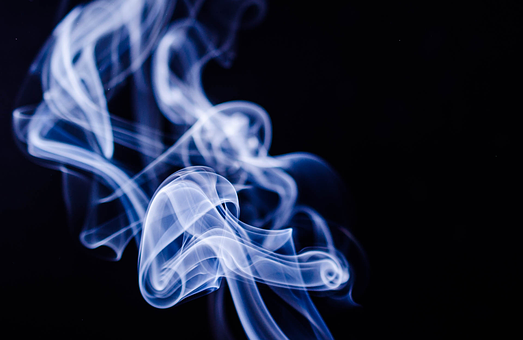 This blog post was also featured as a nationally syndicated column with Gannett.

I love smoking in the shower.

Not literally, or at least not in the way you might be thinking. I love “smoking in the shower,” which is the name my favorite diner gives to smoked salmon on a bagel. I don’t eat it often—only as a treat, and usually while alone in my apartment so I don’t have to share. Basically, the same way one would sneak a cigarette while hiding in the bathroom.

We all have our “smoking in the shower” moments: the things we do when no one is looking; the things that may feel good at the time but in the long run don’t make us stronger.

Like chowing down on a giant container of Ben and Jerry’s in secret.

Or binge-watching angry talk shows into the wee hours of the morning.

Or managing up at work. We all know people who are super-attentive and polite to their bosses but difficult and disrespectful to their subordinates when the higher-ups aren’t looking.

How about posting vicious social media posts and hiding behind anonymity?

Or saying judgmental, ugly, or racist things when no one else of that color, ethnicity, or religion is around?

“Smoking in the shower” moments happens in all aspects of life. But here’s the thing we have to remember: Over time, what we do in private drives who we are in public.

It could be as basic as what we eat or drink in private. Ten years ago, I did a cross-country drive from New York to Alaska. Trying to do it on the cheap, I ate a lot of McDonald’s and bought low-quality gas. It caught up with me somewhere in the Yukon when my Jeep could barely climb a hill, and I couldn’t fit in my overalls. If we abuse our bodies in private, we’re eventually going to give out in public.

It could also be what we feed our minds. If we spend our time in private filling our minds with negative, destructive things, then in public, we are going to speak and act on those harmful forces. In short, what goes in comes out. Not unlike garlic. If you eat it for dinner, you will share it with everyone you encounter.

In the end, what we do in private forms our foundation. It drives how we think, what we think about, and how we engage others. If our foundation is strong, our words, our work, and our purpose are grounded in value and significance. If, however, we draw on those negative forces, like road salt on a car frame, our foundation will corrode.

Here’s the good news: No matter what choices we have made in the past, no matter how many times we have found ourselves smoking in the shower, we can change. And here’s the double good news: We don’t have to do it alone. There’s a little something called prayer that can clean our deepest corrosion. As Mother Teresa said, “prayer changes us, and we change things.”

Prayer is actually the opposite of smoking in the shower. It is something we can do when no one is looking that makes us feel good AND makes us stronger. (It also has fewer calories than a bagel slathered with cream cheese and smoked salmon.)

Don’t let your choices in private corrode who you are in public.

Dig your foundations deep. Build your life on worthy, noble virtues. Make your stand on the rock of prayer. As Henry David Thoreau wrote, “If you’ve built castles in the air, your work need not be lost. That’s where they should be. Now put foundations under them.”