Shadrach, Meshach, and To Bed We Go 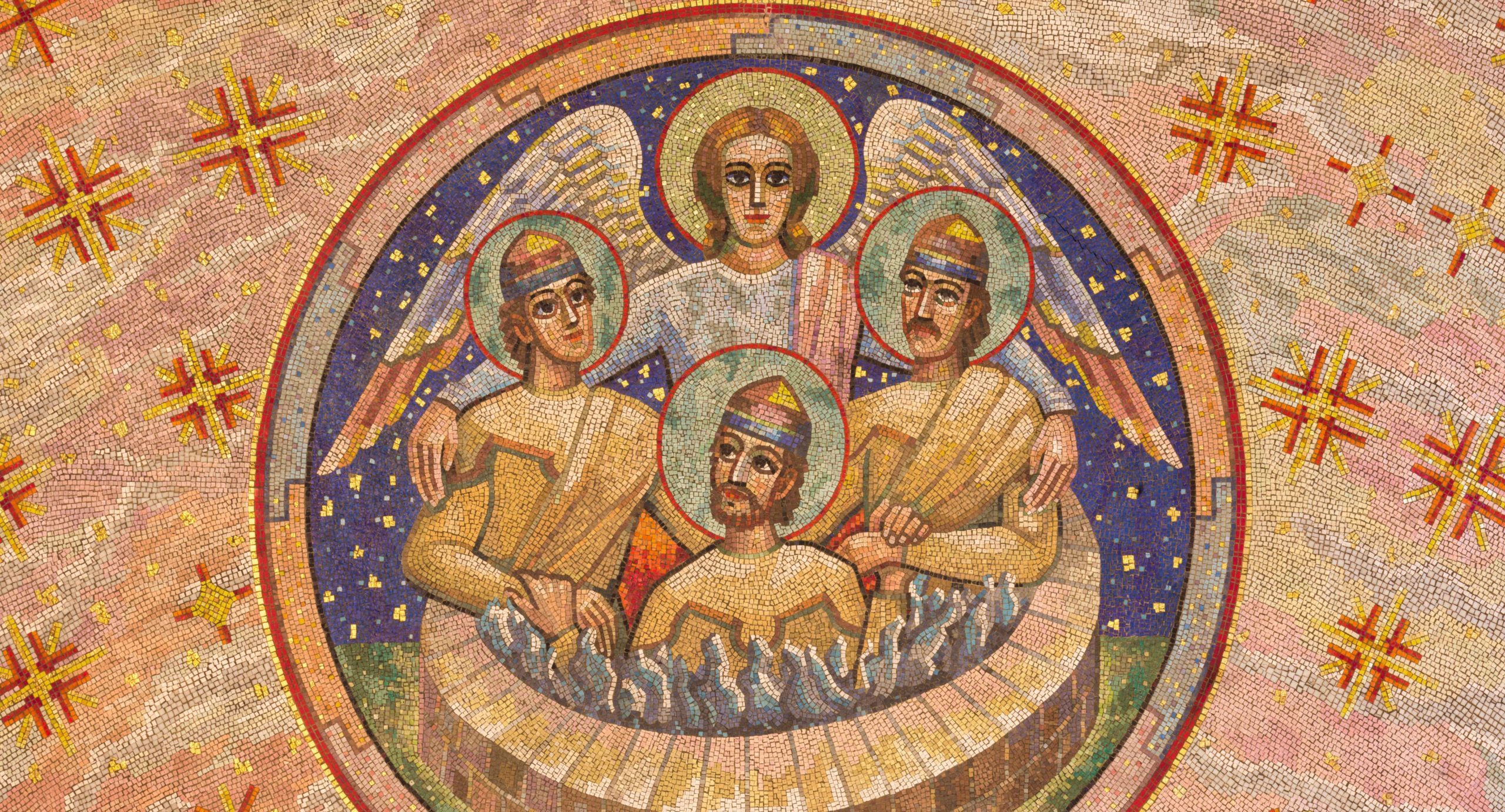 This piece was also featured as a nationally syndicated column with the USA Today Network.

Until I entered seminary, I thought that the three Bible characters who were saved from the fiery furnace were named Shadrach, Meshach, and “To bed we go.”

Okay, maybe the seminary timing is an exaggeration. However, it’s true that I believed those were their names. You see, in order to get me to go to sleep when I was a kid, my Dad would read me Bible stories—this one from the book of Daniel being one of my favorites. While he pronounced “Abednego” correctly (albeit with a thick Southern accent), I heard “to bed we go” because I knew that was what was coming.

Sadly, Shadrach, Meshach, and “to bed we go” weren’t the only names I got wrong. In elementary school, there was “Elemeno,” that peculiar letter in the alphabet that came before the letter “P.” As a teenager (and for many years afterward), I sang some embarrassingly incorrect lyrics from Starship’s hit song “We Built This City.” Instead of “We built this city on rock and roll,” I would happily croon, “We built this city on sausage rolls.”

Apparently, I’m not the only one. Recently, I discovered that there’s actually a term for this; “mondegreen” means a word or phrase that results from mishearing or misinterpreting a statement or song lyric. In fact, it’s quite common in human behavior. A study at the Baylor College of Medicine concluded that when our brains attempt to process imprecise information (like a song lyric that we’re not sure about), the blanks are filled in based on our own biases, prior beliefs, or expectations.

If you ask me, there’s a lot of “mondegreening” going on in our world these days. That’s understandable because as a society, we are terrible listeners. We form our answer or opinion before someone else’s sentence is even finished. We make assumptions that aren’t in evidence (as we used to say in the law). We form conclusions about what people are saying, filling in the blanks based on our biases, prior beliefs, and expectations.

In fact, we worship assumptions just as the ancient Babylonians worshipped the golden idol of King Nebuchadnezzar from my favorite “to bed you go” story in Daniel. There, Shadrach, Meshach, and Abednego are thrown into a fiery furnace because they refuse to worship the golden idol of King Nebuchadnezzar, but an angel joins them in the fire, not only saving them, but transforming the heart of the king.

Sadly, we continue to worship at that golden idol of assumptions. Maybe it’s when our spouse or partner starts to tell us something, and we cut them off because we already “know” what they are going to say. Maybe it’s when we quickly click the remote because we’ve “heard all we need to hear.” Or maybe it’s when we refuse to listen to another side of an argument or story or dismiss an insight from someone with whom we disagree. However it occurs, this refusal to listen tends to result in incomplete and inaccurate understandings of what is being said. We then fill in the blanks with our assumptions – kind of like when you know that your dad is trying to get you to sleep, so you hear “to bed we go” instead of “Abednego.”

The bottom line is that we repeat what we think we hear. And if we repeat it long enough, it becomes our truth.

Listening is a holy ritual that we should perform with grace and love every day. What if we refuse to worship at the idol of assumptions? What if, instead, we lean on our faith to give us more patience, empathy, and understanding? When we step out in faith, powerful forces will come to our aid—like, perhaps, an angel standing by us whispering, “take a breath; let them talk; hear their story.”

Sure, I’ll continue to belt out incorrect song lyrics that will mortify my family and friends, but I hope the inaccuracies will stop there. Singing a song lyric that the writer never intended is a wrong, but putting words into other people’s mouths is a whole ‘nother kind of wrong.

— A trial lawyer turned stand-up comedian, and Baptist minister, Rev. Susan Sparks is the senior pastor of Madison Avenue Baptist Church in New York City. A nationally known speaker and preacher, she is the author of four books, including her new devotional, “Grace-Filled Gratitude: A 40-Day Joy Journal” available on Amazon. Contact her through her email at revssparks@gmail.com, or her website, www.SusanSparks.com.