Empowerment Hope Risk and Reinvention Self care Posted on Jul 24, 2019 by Susan Sparks

It Takes Heat to Bring the Grace 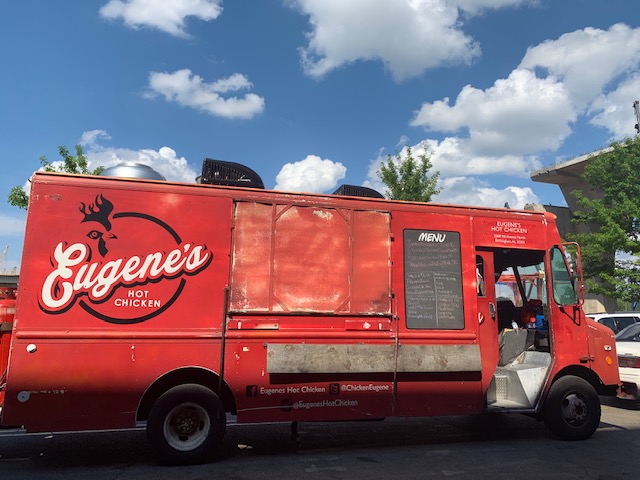 This is part one of a two-part series about finding blessings in the midst of pain.

Recently, I had the great privilege of visiting two holy shrines in Birmingham, Alabama. The first was Eugene’s Hot Chicken. For those of you who don’t know about hot chicken, my condolences. It’s one of God’s greatest inventions. You fry up chicken nice and crispy, and then right as it comes out of the fryer, you pour on some hot sauce that seeps into the batter.

Everybody prepares it differently. Eugene’s, for example, has four different levels of hot: southern (no heat), mild, hot, and what they call “stupid hot.”

When I reached this holy chicken shrine, I stood in line, pondering which heat level to order. Just as I was about to say, “hot,” I heard a voice behind me say, “get the stupid hot.”

I turned around, and standing behind me was a local elderly woman (I knew she was local because she pronounced the word “hot” with two syllables).

She smiled with a mischievous look in her eye. “Well, as I’ve always said, it takes heat to bring the grace.”

Honey, she was exactly right. After the fire of my first bite subsided, grace descended like a dove. Grace . . . and heartburn. But grace nonetheless.

I learned an important lesson at Eugene’s that afternoon: good things can come from moments of fire. The Bible shares the same lesson in the story of Jacob wrestling with an angel-type figure in Genesis. Rather than give up, Jacob holds on and does something audacious. He looks the figure in the eye and says, “I won’t let go until you give me a blessing!”

The nerve! Yet, what happens? God gives him that blessing: a new name—“Israel”— which translates to “God prevails.” By refusing to let the struggle defeat him, Jacob turns it into a blessing, something that makes him stronger for the days ahead.

What do you wrestle with in your life? What “stupid hot” things are you facing right now? What would happen if you took hold of one of those issues, looked it in the eye, and said, “I won’t let go until you give me a blessing?”

Do you face a job loss? Perhaps you would receive a blessing of faith.

Are you facing a medical crisis? Maybe you would receive a blessing of courage.

Do you have a relationship problem? Perhaps you would receive a blessing of humility.

Even something as minor as sitting in traffic, asking for a blessing might bring you a lesson in patience.

In the end, we’re all just trying to be better people, striving to be more like our creator. And perhaps God is offering us a little help through situations that challenge us.

There’s an old myth in metalworking that says a silversmith knows the metal is fully refined when he can see his reflection in it. Perhaps God is doing the same: refining us through fire not only to make us stronger, but also to make us better reflect our creator’s image.

Consider the possibility that each hardship in life comes bearing a divine blessing. Rather than turn from it, wrestle with it. Look it in the eye and face the fire.

Hey, who knows what might happen? Like with Eugene’s hot chicken, sometimes it just takes heat to bring the grace.

[Stay tuned in two weeks for the second part of this series on finding blessings in pain when we visit our second holy shrine in Birmingham: the Civil Rights Trail.]