Every Day is Election Day 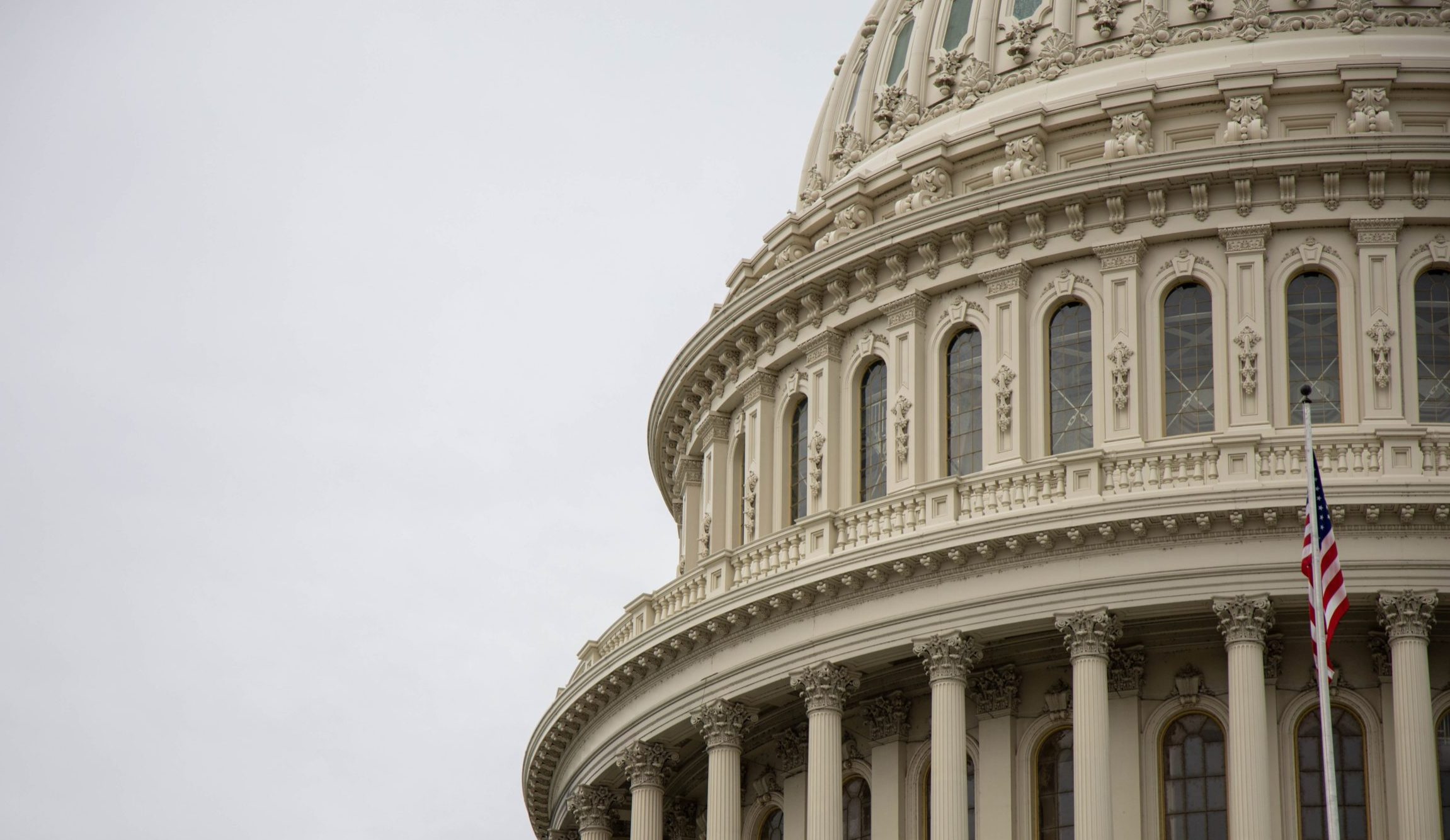 This piece was delivered as a sermon at the history Madison Avenue Baptist Church on Sunday, November 8, 2020. It was also published by the Christian Citizen.

The Friday after the election, when we still didn’t have a president-elect, I wasn’t feeling so well.

The week had not been good for my health. Part of it, of course, was the stress of watching the excruciating election returns, but part of it was my choice of how to react to that stress.

While I could have chosen the grounded, rational, mindful way of dealing with stress—eat well, exercise, spend quiet time in meditation, stay close to the Lord—for most of the week, I did the opposite.

In fact, I kind of freaked out on election night, which was when it all started. Without going into detail, let’s just say it involved worshipping at the altar of a large meat pizza, some festive beverages, and a ten-pound bag of peanut M&M’s. Maybe some candy corn, too.

If it had been just that one night, okay. But election night went on and on throughout the entire week. There was no end to it. Day after day, we watched as impenetrable walls of red and blue locked down across the map of our great nation.

And if that wasn’t enough, in the middle of it all, Kanye and Kim Kardashian announced they were coming back in 2024.

What is happening to our country?

I know I wasn’t alone. My social media feeds were filled with people flipping out and acting out over the stress of election week. Sharon Stone tweeted “Is anyone else crying?” with a Tammy Faye Bakker-esque photo of herself in her bed, mascara running down her face. Rapper Cardi B posted a video while watching the election returns as she smoked three cigarettes at once.

The winner, however, was a post by my dear friend Andy Redeker. Redeker, a long-time Madison Avenue Baptist Church singer who joins our choir periodically, simply posted a photo that said, “election night.” It was a pile of Sour Balls, Reese’s cups, Mr. Goodbars, Paydays, cashews, sea salt and avocado oil kettle chips, two bottles of sauvignon blanc, and an entire box of Krispy Kremes.

You do what ya gotta do.

My point is that we all know a little about flipping out, and acting out, in the face of stress and crisis, doing things that make us feel better in the moment but do nothing to change the situation. So did the children of Israel.

Forty-seven days into their journey in the wilderness, the children of Israel found themselves at the foot of Mt. Sinai, with Mt. Sinai on fire.

On the morning of the third day there was thunder and lightning. A cloud covered the mountain, and a very loud horn sounded. All the people among the tents shook with fear. Then Moses brought the people from among the tents to meet God. They stood at the base of the mountain. Its smoke went up like the smoke of a stove. And the whole mountain shook. (Exodus 19:16-18)

A fiery mountain that shakes with smoke, thunder, and lightning. Yup. Sounds like election night, all right.

But the next verse describes when things truly fell apart for the Israelites. The Lord came down upon Mount Sinai, to the top of the mountain, called Moses up, and Moses disappeared into the smoke and fire.

So there the Israelites sat — in shock – saying to themselves, “What just happened?” They had no clear leader. They had no coherent plan. They had no idea where the promised land was or if it even existed anymore. Worst of all, as the Bible later tells us, they were surrounded by enemy tribes that wanted them out of their country.

In that place of loss, shock, cynicism, disillusionment, and abandonment, it’s not surprising that the Israelites started to flip out. In the verses and chapters that follow, they started to act out. Like us on election night, they started worshipping idols that brought them short-term comfort: food, drink, sketchy behavior, a golden calf…things that made them feel better in the moment but did nothing to change the situation, things that led, in the long run, to destruction.

Oh, children of Israel, we get it. More than you can imagine.

After wandering in our own desert—our desert of COVID, economic uncertainty, injustice, police brutality, and an election like no other in this country—we, too, are staring at a fiery mountain that looms in front of us, and we’re wondering, “what just happened?”

We have a deadlocked country poised to blow, with leadership throwing gas on the fire. When the election is settled, the loss, shock, cynicism, disillusionment, and abandonment so many are experiencing will remain.

We have no idea where the promised land is or if it even exists anymore. It’s a time when many in this American family feel that they are surrounded by enemies who want them out.

This election reminds me of an intervention in which some family members gather face-to-face and speak their raw, unfiltered truth, while other family members watch and listen in horror.

That’s what you believe? I had no idea. That’s how you felt? I had hoped you didn’t.

David Brooks echoed this in a recent op-ed: “The voters reminded us yet again that the other side is not going away. We have to dispense with the fantasy that after the next miracle election our side will suddenly get everything it wants. We have to live with one another.”

Let’s switch gears for a moment, shall we? Let’s step back and gain a little perspective. Imagine standing at the base of Mt. Sinai and launching a drone. Okay, so they didn’t have drones in the 13th century B.C., but I said imagine.

As the drone rises up, we see that around the base of the mountain, folks are acting out. There is drinking, music, carousing, and infighting, but it’s what feels good in that moment, and the people have chosen, in their stress, to act out.

But raise the altitude on the drone a bit more, over the top of Mt. Sinai. Amid the chaos, smoke, and fire, the voice of God rings out. And on top of that mountain stands Moses with a tablet—the Ten Commandments—the blueprint for their long-term survival.

That drone visual represents the choice that we the people of this nation have right now:

To continue to worship at the altar of what feels good in the moment, to sling blame and anger, to wallow in resentment and name-calling, and to shame those who are different.

Or to climb the mountain, meet God in the fire, follow the commandments, and do what we know to be right. I don’t think it’s an exaggeration to say that the latter is our only way out.

Ironically, those commandments are one of the few remaining things that we as a nation have in common. I usually try and keep church and state separate, but religion may be the only thread holding us together.

Notwithstanding what state you live in, what political party you belong to, what race, what sexuality, or what age you are, 65% of this country’s citizens claim the title of Christian. And while we Christians come from all along the political spectrum, we still share the gospels, Jesus, and the Golden Rule: love the Lord thy God and your neighbor as yourself. That’s common ground.

Just think what we could do if we came together like in the words of the old hymn “They’ll Know We Are Christians By Our Love.”

There is common ground to be found.

And we can take that common ground further. 70% of people in our country claim the title of Christian, Muslim or Jewish, the three Abrahamic religions that honor the Ten Commandments as holy word—again, teachings that boil down to honoring God and your neighbor. Even among the other 30%, people who practice other religions or claim no religious affiliation, most hold to an ethic of caring for one’s neighbor.

The bottom line is that we as a nation have common ground, and it’s to be found in our long-held ethics of how we treat each other.

has been an election

there are no political parties

to turn our lives

into a roaring fountain of

Look, I’m not a Pollyanna. I know we’re not ready to reach across the political aisle and hug each other, even with masks on. That’s not what I’m suggesting.

What we need is something like an ice axe to arrest our slide down the slippery slope of an icy mountain, because we are on a slippery slope and are headed straight down if we don’t stop acting out.

For the longest time, we’ve been led to believe that the American dream is a zero-sum game, that if one group succeeds, another is somehow diminished. In fact, it’s the opposite. We’ll all in this together. As Dr. King said, “We may have all come on different boats, but we’re in the same boat now.”

That boat, my friends, is called America.

Is the American democratic experience over? I don’t know; at least we have Kanye and the Kardashians to bring us hope.

It’s to be found in the rough and worn hands of the farmers, the grain elevator operators, and the cross-country truckers who bring our food.

It’s to be found in the blackened hands of the firefighters in the forests of California and Oregon.

It’s to be found in the busy hands of our students, our Walmart greeters, and our construction workers.

It’s to be found in the hands of those who mourn, like the families of Breonna Taylor and George Floyd.

It’s to be found in the hands of those who rejoice, like Sarah McBride, our nation’s first trans state senator.

It’s to be found in the industrious hands of our small business owners, our Uber drivers, and our Metro transit workers.

It’s to be found in the exhausted hands of our essential frontline workers who are trying to keep us safe and alive in this pandemic.

The answer is to be found in our hands.

Brothers and sisters, every day of our lives is election day. Everybody you encounter is a polling station. You are casting your vote with every single breath you take.

The future of this nation, the future of us as a human race, is to be found in the hands of we the people.

So, let us climb the mountain. Let us face the fire and carry forth God’s commandments.

Let us work to redeem our own individual souls, for in doing so, we may well redeem the soul of America.