Cancer (and other road hazards) Risk and Reinvention Posted on Dec 4, 2015 by Susan Sparks

What Could Go Right? 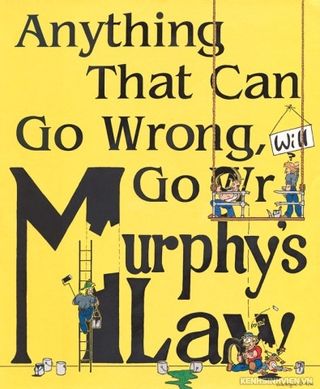 This blog was also featured by Psychology Today

It was around 11 a.m. Sunday, when our Delta 453 flight began its takeoff from JFK for Salt Lake City, Utah. Everything seemed fine—perfectly fine—until half-way down the runway, the plane began to shake violently. The faster we went, the louder and more violently the plane shook, to the point where emergency air masks began dropping down.

A few moments later the pilot announced, “You probably noticed the little noise and shaking on our takeoff. We blew a tire and we’re too far down the runway to stop. We’ve just talked to the tower; we don’t think we have hydraulic damage, so we are going on to Salt Lake in order to burn as much fuel as possible before our landing (which I took as shorthand for ‘so as to minimize the explosion on impact’). And, then he added my favorite part of the announcement: “Enjoy your flight, and thanks for flying Delta!”

After a few tense moments, most people—most normal people that is—went back to reading their book or taking their nap. But me, oh no. Not me. I decide to log into the Gogo Inflight Internet service and I began researching all the things that could go wrong by Googling: airline-tire-blowout-death. Not surprisingly, the first entry up was a report on an Air France flight that blew a tire and exploded into flames less than two minutes after takeoff.

Okay, so I got a little crazy. But it was scary. And like many people, my first reaction was to focus on things that could go wrong.

Human beings have been worrying about what could go wrong since time began. And the worst culprit today? WebMD. Who hasn’t searched WebMD for information about something minor like a headache and, in a matter of minutes, determined that you’re about to die of an aneurism?

Another classic example is when your spouse or partner seems a little quiet, so you immediately decide something is terribly wrong, and proceed to ask him or her every five seconds, “Is everything okay? “

Why do we do this? We didn’t start that way—we weren’t born with an innate skepticism, a tendency to focus on the negative. Sadly, over time, we are conditioned to expect the worst. Think of all the sayings we learn, like “Hope for the best and expect the worst,” or

“Expect the worst and you won’t be disappointed,” or my personal favorite, Murphy’s law: “If anything can go wrong, it will.”

By the way … who is Murphy?

Whoever he is, our mind is conditioned to expect the worst—and the mind is a powerful thing. As the great 17th Century poet John Milton wrote, “The mind is its own place, and in itself can make a heaven of Hell, a hell of Heaven.”

It’s also a problem, because it’s a waste of time. When you spend time worrying about what might go wrong in the future, you miss the present. Which, by the way, is a present. We have all been given a tiny finite amount of time in this life. Do you want to live it in fear or joy?

Defaulting to what’s wrong also applies to how we treat other people. Sadly, we tend to see the bad in people first, instead of looking for what’s right. What if we reversed that and began to give people the benefit of the doubt, think of all the human conflicts that could be alleviated. If you don’t believe it, then take five minutes and watch this Saturday Night Live sketch, “Adele Saves Thanksgiving (link is external).”

Since I’m here, you obviously know the ending of this story. Eventually, we landed. A little harrowing with a lot of shaking and loud noises, and a few emergency vehicles, but we made it. The fiery death on the runway in Salt Lake did not happen.

One thing I was reminded of after our landing is that there is always more than one way to see something. Similar to the microbrew beer we enjoyed that evening in Salt Lake. It was called, “Polygamy Porter,” and its tag-line was: “Why have just one?”

This blog was also delivered at the historic Madison Avenue Baptist Church in New York City.