Hope Religion and Spirituality Posted on Apr 18, 2010 by Susan Sparks 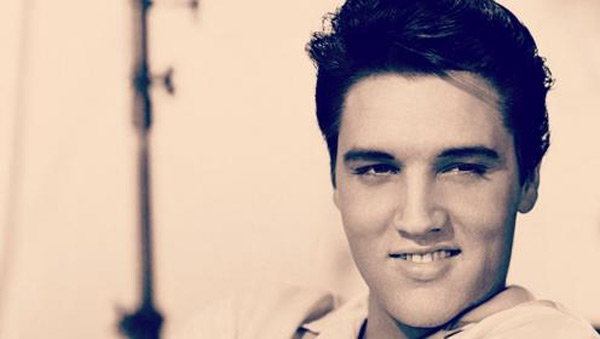 Recently, I returned from a trip to the holy land … Memphis, Tennessee. Now, Memphis is holy land for a number of reasons, not the least of which is their BBQ. Now, for those of you who are not Southerners, please understand BBQ is a holy thing. In fact, it is part of what we call the southern trinity: BBQ, Basketball and the Bible. Memphis is known for their BBQ, especially their ribs. As my neighbor used to say, “Good ribs would make an angel weep.”
Now BBQ is not the only reason Memphis is considered holy land. The primary reason, of course, is because it is the home of Elvis.

While we were in Memphis, we visited Sun Records, where Elvis recorded his first song. In the studio, there was an “X” marked on the floor with duct tape indicating the exact spot where Elvis stood. The tour guide told us that just the week before, Bob Dylan had come into the studio, said not a word to anyone, walked over to the “X,” got down on all fours, kissed it and walked out. For many, Elvis has reached an almost holy status.

In fact, there has been studies on the parallels between Jesus and Elvis, most notably by the renown scholar (and standup comedian) Adam Sandler. He explains:

Jesus is part of the Trinity; Elvis’ first band was a trio.

Given that kind of reverence, I believe that we as Jesus fans, have a lot to learn from Elvis fans. Especially in terms of faith….

Like any good pilgrims, we took time on our Memphis trip to visit the shrine of Graceland. There was the great welcome sign–a twenty-five foot high Elvis saying “Welcome to the Blingdom!” And after the requisite photographs, we got in line for tickets. As we were waiting, I turned to one of the tour guides and asked, “So, how long did Elvis actually live here?” There was an audible gasp from the surrounding crowd. The guide looked at me with shock and whispered, “We don’t use the past tense here.” She then pointed at her t-shirt, which read: “Graceland, where Elvis LIVES.”

It didn’t matter that she had never actually seen Elvis or that technically Elvis stopped walking the earth over thirty-two years ago. It didn’t matter. She didn’t care. Elvis fans don’t care. Without any proof, they believe he lives! Elvis lives, baby. The King lives.

It’s a shame we don’t all live our lives with that kind of faith. I’m afraid that most of us tend more towards the disciple Thomas than the tour guide at Graceland.

Our scripture today is the familiar story of doubting Thomas. There we find the disciples locked up behind closed doors after Jesus’ crucifixion. And Jesus came and stood among them. When they saw him, the disciples rejoiced. But Thomas was not there at the time. When the other disciples later told Thomas about it, he said, “Unless I see the mark of the nails in his hands, and put my finger … in his side, I will not believe.” A week later, when Thomas was with the disciples, Jesus appears again and invites Thomas to touch his wounds. When he put his hand in Jesus’ side–he knew.

“My Lord and my God,” said Thomas.

Jesus then said to him, “Blessed are those who have not seen and yet have come to believe.”

We’ve all heard this story before. More importantly, we’ve all lived it. We’ve all had times in our lives where we’ve doubted, where we have said to God, “Show me a sign! Give me some proof!” Maybe it was because we were in a place of unbearable pain, or a time we faced hardship with no answers, a time when God seemed silent. We have all been at that point where, like Thomas, we yearned for a sign from God.

And why not? We live in a world where “proof” trumps faith. We send robots with cameras to the farthest ends of the universe so we can know for sure what’s out there. We won’t believe an assertion until a complicated mathematical equation says it’s true. And anytime–anytime–there is a wall bearing a sign “wet paint,” we will touch it just to be sure.

If only we could have the faith of Elvis fans, a faith driven not by empirical proof, but by the voice in our hearts. Finding that kind of faith can change our lives. For when you believe something in your heart, you begin to act it in your life.

Look at Elvis fans. They not only believe he lives, they act like he lives. For example, they are constantly looking for Elvis. The Bible says seek and ye shall find. Well, Elvis fans follow that to a tee. They are constantly looking for the King. And, sometimes, they find him. There have been Elvis sightings all over the world–from a spa in Tokyo to a Burger King in Michigan. There was even a woman who claimed that she found the image of Elvis in a taco shell.

Another thing–Elvis fans believe he lives, so they look for others who believe as well, like through Elvis fan clubs. I heard a story on the Graceland tour about a woman who was in a fan club called “Taking Care of Business.” She had to have major surgery and afterwards received hundreds of cards and letters from “Elvis friends” all over the world. We Christians can learn something from this. Community is what gives us strength, support and focus in times we most need it. Finding families of faith is what helps us keep our faith. If you believe he lives, you’ll look for others who believe as well.

Here’s a third example, and probably the most important. Because they believe he lives, Elvis fans go out into in the world and share his message. They play Elvis’ music; they dress up as Elvis impersonators; they decorate their homes with Elvis memorabilia. One of my favorite things at the Graceland gift shop was an Elvis sprinkler. It was a foot-high plastic Elvis in a sequin jumpsuit, and as he watered your yard, he would swivel his hips. Whether through word or music, impersonators or sprinklers, Elvis fans proudly proclaim the message of the King.

I’m afraid that many of us live a similar existence; a life with little or no faith in the risen Christ, our hearts locked up and closed away.

A young woman on the tour told a story about how she grew up listening to Elvis. Sadly, she lived through an abusive childhood, but she talked about how she used daydreams of Elvis as an escape. “He was my safe space,” she said, “my little corner of heaven.” Because she believed he lived, she honored him in her heart and that enabled her to find peace in the hardest of places.

If only we would open our hearts to Jesus in the same way. When we honor the risen Christ in our hearts, we have our own safe space, our own little corner of heaven in which to rest and to heal.

If you believe he lives–you’ll act like he lives. And Jesus’ message is certainly a message of action. Elvis apparently felt the same way. For Elvis said early in his career, “Music and religion are similar–because both should make you wanna move.”

The gospel is a living, vibrant force that should make us want to get out and move, move around in the world, move towards each other in love and compassion, move towards bringing in the kingdom–or the blingdom–or whatever.

I want a religion that makes me wanna move.

I want a savior that makes me wanna put on a sequin jump suit and sing.

I want to believe in a Jesus that lives.

Don’t let the doubts and fears of life shake your belief. Don’t let your faith be driven by anything but the voice of your heart. Remember: “Blessed are those who have not seen and yet have come to believe.” For if we believe he lives, our lives will change. We will search for and find him; we will proclaim his message; we will honor his spirit with ours.

Sometime soon, find a quiet moment, ask yourself, “Do you believe?” From the deepest parts of your heart, the answer will surely come: He lives. He lives, baby. The King lives.