For Such a Time as This: Domestic Violence in America 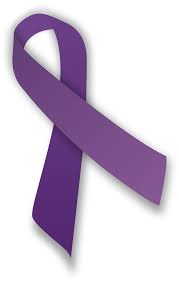 (This blog, also featured by the Huffington Post, is the text of a sermon I gave on Sunday, October 16, 2016 at the historic Madison Avenue Baptist Church in New York City.)

Recently, I discovered a few things about my history here at Madison Avenue Baptist Church. Some things I’m proud of and some I’m not so proud of . . .

Here is the thing I’m most proud of: I’ve been a minister of this church for 16 years – 10 as the senior pastor. And in that 16 years, I’ve preached a lot. In fact, I went back to my hard drive and realized I have preached over 1,100 sermons from this ol’ pulpit. If you multiply that by an average of 15 minutes a sermon, that’s around 16,500 minutes or 12 days-worth of non-stop talking.

That said, I also discovered something that I’m not so proud of . . . In my 16,500 minutes of talking, I have never once preached a sermon on domestic violence. I was stunned when I realized it this week. It’s not like I don’t talk about difficult topics – we’ve hit some big ones on this pulpit. But not the topic of domestic violence.

First of all, October is National Domestic Violence Awareness Month. But that doesn’t fully answer the question. There have been many Octobers and many opportunities to talk about this.

And it’s not like we’ve never heard of domestic violence or abuse towards women. Just look at this election cycle – we’ve heard all kinds of outrageous attacks on women. And people were upset, but not necessarily outraged.

For example, Rosie O’Donnell, a lesbian , was described as “disgusting” and “a slob.” And people were upset, but not outraged.

Then there was Ms. Universe, Alicia Machado, of Hispanic descent, who was called everything from “Ms. Piggy” to “Miss Housekeeping.” And people were upset, but not totally outraged.

But then tapes were released showing a candidate bragging about sexual assault pertaining to straight white women. And the world exploded. That is a sermon in and of itself – the fact that it took violent comments about a straight white woman’s body to outrage us, to move us to action.

Shame on us, shame on me for taking 16 years to preach this sermon. But here we are and here we go . . .

Let’s start with educating ourselves about the extent and nature of the problem. It’s so easy to get caught up in the cliché that domestic violence involves four things: a man, a case of beer, a mobile home in the South, and a bruised and battered woman who won’t leave. And, yes, that is one scenario, but it is a miniscule statistic in a world of pain.

Studies show that occupation, income level, and an urban or suburban environment are not indicators of domestic abuse. When it comes to the racial divide, there is still no difference. According to the Domestic Violence Intervention Center, “White, Black and Hispanic women all incur about the same rates of violence committed by an intimate partner.”

–1 in 3 women have been victims of physical violence by an intimate partner within their lifetime.

-On a typical day, there are more than 20,000 phone callsplaced to domestic violence hotlines nationwide.

The American Medical Association and the FBI estimate that 3–4 million women are battered each year in the US.

Hard to imagine the scope we’re talking about? Consider this: According to the Huffington Post, the number of women killed by a current or former male partner added up to nearly double the number of soldiers’ lives lost in war in Afghanistan and Iraq during the same 11-year timeframe.

And here’s the real kicker – according to the Department of Justice, only a little over half of all cases are reported to the authorities. Of course only half of all cases are reported. We tend to shame the victims. Women are terrified to share their stories out of fear of repercussions, stigma, or simply having to relive it in the telling. It is only within safe spaces, spaces of no judgment or shame, when the stories truly come out.

Like what happened on Twitter a few weeks ago. Author Kelly Oxford asked women on Twitter to share their experiences with sexual assault. She started by sharing her own. After that, for 14 hours straight, 50 tweets a minute came in from women sharing their stories – stories of assault, rape, battery, intimidation, financial abuse, and shame – many of which had never been shared before. Over one million stories came in that night.

We should also recognize that victims of domestic violence or sexual abuse certainly aren’t limited to women. 1 in 4 men have been victims of physical violence by an intimate partner within their lifetime. Abuse crosses all ages from elders to children, and it is not restricted to the straight community. Studies show that same-sex partners report significantly higher intimate partner violence than opposite-sex partners. It crosses nationality, ethnicity, and religion. It is everywhere and it is rampant.

Sadly, this is one of the times that much of the Bible doesn’t help. In fact, in many cases, it makes things worse. For example, the words of the Apostle Paul which demand that women submit and remain silent (1 Corinthians 14:33-36). These are demeaning, dismissive words which easily stoke the fires of the cycle of violence.

In the ancient scriptures, we also see women abused, attacked, and even raped. The problem is that some modern readers ignore the heavily patriarchal, ancient lens through which these scriptures must be read. They insist, thousands of years later, on taking the easy way out by just reading these words literally, rather than doing the work to understand them in the context of their times. The tragic result is that the Bible can then easily go from being a source of wisdom and strength to an instigator of evil. This has happened for centuries, with scripture being used to justify every imaginable evil – from slavery to domestic violence.

Here’s one example. Who could forget the horrible story in Judges 19 where a father offers his daughter up for rape? I quote:

“As they were enjoying themselves, suddenly certain men of the city, perverted men, surrounded the house and beat on the door. They spoke to the master of the house, the old man, saying, ‘Bring out the man who came to your house, that we may know him carnally!’ But the man, the master of the house, went out to them and said to them, ‘No, my brethren! I beg you, do not act so wickedly! Seeing this man has come into my house, do not commit this outrage. Look, here is my virgin daughter and the man’s concubine; let me bring them out now. Humble them, and do with them as you please; but to this man do not do such a vile thing!’” (Judges 19:22-24).

The concubine is then brought out and gang raped by the men. The next day, when the “owner” of the concubine finds her prostrate on the ground, he takes her away, cuts her up into twelve pieces, and sends them “to all the coasts of Israel” (Judges 19:29).

Definitely a scripture we do not want to read literally.

The perspective in ancient times was so skewed against women that in some instances even God was portrayed as an abuser. For example, Hosea 2 talks about God’s faithfulness versus Israel’s infidelity. There God takes Israel, who is described as a harlot, into the wilderness, strips her bare, blocks her way (“I will wall her in so she cannot find her path”), then eventually seeks to woo her back.

The classic cycle of violence.

We have to remember that these scriptures were written in a time when women were dismissed and devalued. It is a story, like many in the Hebrew Bible, offered through the lens of its time. But there are also stories in these ancient scriptures that tell tales of great women warriors. Strong women who fought and won freedom for their people. One such woman was Esther.

There, a young Jewish woman named Esther is forced to marry King Xerxes and become the Queen of Persia. Esther’s guardian, Mordecai, refuses to bow down and pay homage to Haman, a high official of the king. Haman becomes infuriated and plots to destroy all the Jews in the kingdom. Mordecai hears of the plot, reports it to Esther, and, in encouraging her to fight for the people, says, “Who knows whether you have come to the kingdom for such a time as this?” (Esther 4:14). Esther takes on the fight, outwits Haman, and through her courage, saves her people.

Such a time as this — such a times as this! A time where we see our world groaning under the impact and cost of this epidemic of violence.

We start with the cost of life for the approximately 4,000 women who die every year from domestic violence.

Then we turn to the $8.3 billion in medical care that is incurred because of domestic violence.

Then we turn to work production. Intimate partner violence causes women to lose about 8 million days of paid workeach year.

But these are market costs and while significant, the more important costs to focus on are the ones we can’t quantify. Like the spiritual and ethical corrosion of our society when physical and mental violence is overlooked. Or perhaps the worst unquantifiable cost of all – the impact on our next generation.

Each year, 10 million children are exposed to domestic violence. And of the 1 in 15 kids exposed to it, a heartbreaking 90% are eyewitnesses who will feel its effects for their entire lives.

First Lady Michele Obama gave a riveting speech about this last week. She began by describing her celebration of the International Day of the Girl, an event to celebrate young women from all over the world. Reminding these young women how valuable and precious they are, she said, “I wanted them to understand that the measure of any society is how it treats its women and girls. And I told them that they deserve to be treated with dignity and respect, and I told them that they should disregard anyone who demeans or devalues them, and that they should make their voices heard in the world. And I walked away feeling so inspired.”

She went on to talk about the raw juxtaposition of two scenarios – the International Day of the Girl Celebration and the horrible language we all heard spewed through the press this week by a presidential candidate bragging about sexual assault.

“We won’t just be setting a bad example for our kids,” she warned, “but for our entire world . . . This isn’t about politics. It’s about basic human decency. It’s about right and wrong and we simply cannot endure this or expose our children to this any longer. Not for another minute, let alone for four years. Now is the time for all of us to stand up and say ‘enough is enough.’”

Brothers and sisters, now is the time for us to stand up, for this is all our problem. More importantly, it is a problem for all our children and our children’s children.

We must be willing to talk about it, to preach about it, and to bear witness to the stories.

We must work to find ways to offer shelter and safety to those in harms’ way.

We must constantly remind victims that they are not to blame.

And we must stand firm and bring the perpetrators to account.

This is the only way change will happen. If you and I take a stand. It’s what we were put here on this Earth to do: to care for one another, to love one another, to protect the least of these.

It’s what we were put here to do.

And we have to start today.

For truly we were brought into the kingdom for such a time as this.