Empowerment Risk and Reinvention Posted on Oct 9, 2010 by Susan Sparks 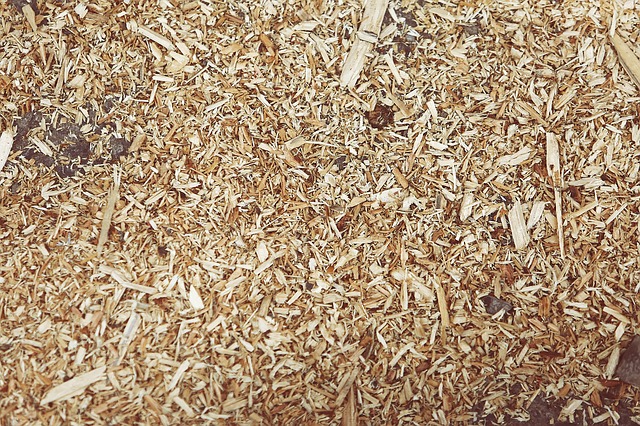 This summer I spent a few days in our beautiful little cabin in Chetek, Wisconsin. (Find Madison on a map and go about two hundred miles north). The first morning, as is our usual routine, we made a huge breakfast, complete with cheese eggs (hey, it’s Wisconsin), blueberry muffins and fried sunfish caught right off our dock.

After lingering over breakfast, we cleared the table, put the left over egg shells and fish carcasses in the trash and left to run errands for the day. Two critical pieces of information: (1) It was 92 that day, and 2) there is no AC in the cabin. When we returned, the smell from the baking fish carcasses and egg shells almost knocked us flat. In an emergency rescue effort, I quickly donned a “gas mask” made from paper towels, took the smelly trash and threw it on the mulch pile.

God bless mulch piles. For any of you gardeners out there, you know the magic of a mulch pile: a place where smelly fish carcasses and egg shells transform into rich, dark dirt; dirt that gives life to things like aromatic lavender and brilliantly colored day lilies.

After fumigating the house, I sat down to read the lectionary scripture for the week to prepare for the sermon and saw our scripture in Colossians 3. Who knew there was a parallel in mulch piles and the words of the Apostle Paul? Perhaps he was a gardener? “Get rid of all such things — anger, wrath, malice, slander, and abusive language from your mouth (the “trash”) and cloth yourself in the new self.”

Two thousand years later, Paul reaches out and asks us all:
-What trash (anger, fear, shame, jealousy) do you need to throw on the mulch pile?
-And what beautiful new things will you grow in its place?

If you really think about it, the mulch pile metaphor makes a lot of sense. For example, think of an emotion with which you are struggling. Given my fiery Scotch-Irish genes, I vote for anger. What do you do with anger? How do you work through it? You throw it on the mulch pile, of course!

First, you take out the trash. You get it out of your house. You get away from it. You get some distance from it. Maybe that means taking a walk around the blog, or meditating, or journaling, or calling a friend, or watching the Real Housewives of New Jersey. Whatever it is — you need to get the trash out of your house.

Then you throw it on the mulch pile. It’s trash for goodness sakes. Realize it is trash and let it go. It’s that moment you let go, that greater forces take over. Like the egg shells and fish carcasses that decompose and become rich dirt, when you hand over your anger or fear or pain to a greater power, it fades and begins to change.

Ultimately, you begin to grow something beautiful in its place (or as Paul says “cloth yourself in something new.”) On the mulch pile, anger can become empathy, fear can become insight, pain can become strength.

The mulch pile metaphor works not only on a personal level, but also works on a political level. Consider the recent controversy over Park 51, the proposed Muslim community center near Ground Zero. There have been numerous protests, judgmental blogs and hateful radio and news commentaries bashing this idea. It will be a “Mega-Mosque,” some say, “a Muslim extremist site.”

As someone who was in NYC on 9/11, smelled the smoke from the crash, saw the second tower fall, I feel quite comfortable saying: “people — PEOPLE — throw it on the mulch pile!” This is nothing but fear talking; fear and ignorance that are stinking up our house. Take out the trash. Throw it on the mulch pile. Maybe then something beautiful will grow; something beautiful like an interfaith community center and worship space to honor the memory of 9/11.

This is a powerful message Paul shares. Of course many of us love to listen to a message like this, nod, mumble “um hum” and then turn around and offer every excuse in the book why we can’t do it:

“Oh, I can’t give up my anger. I was wronged. I was abandoned. I was mistreated.”

“Oh, I can’t let go of my fear because it might happen again and I need to protect myself.”

“I can’t release my pain because it still hurts…”

If there is any lesson from our scripture today it is this: STOP with the excuses! If you leave this stuff in your life too long, it will stink up your house. And the longer you leave it there, the worse it will get.

NOW HEAR THIS: This is your house now– not your parents’ or your siblings’ or your friends or your partner’s or spouse’s. It’s not their job to take out your trash, even if they brought it in! It’s your house now.

-What trash do I need to throw on the mulch pile
-And what beautiful things will I grow in its place?

Whatever you do, don’t waste this life on trash that brings you down and stinks up your house. As Paul says, get rid of these things; take out the trash, throw it on the mulch pile and cloth yourself in something healing and wonderful and new.