The Metaverse and the Manger 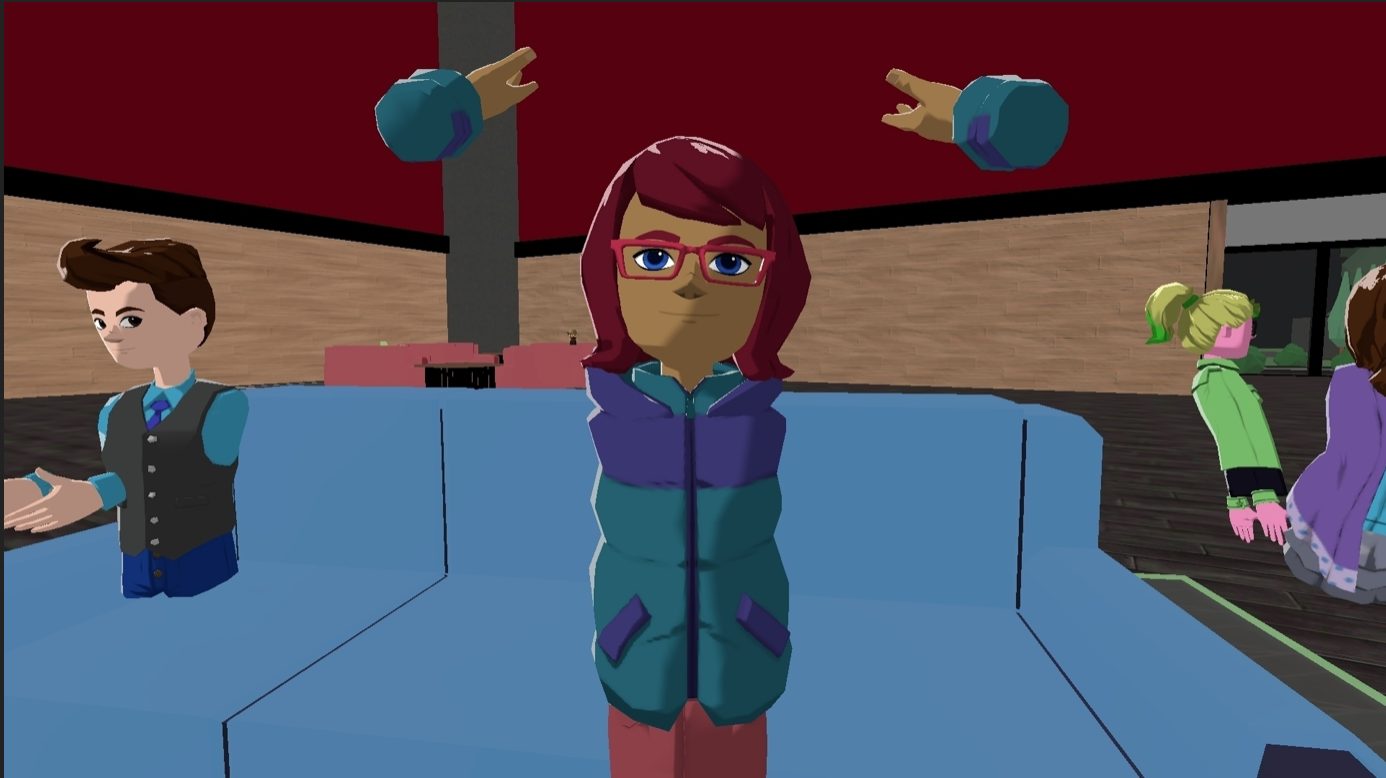 This piece was featured as an article in The Christian Century as well as broadcast as a sermon at Madison Avenue Baptist Church NYC.

I am a liberal arts major from the disco-era who is enamored with the metaverse. My obsession is partly driven by a yearning to counteract the march of time. To be fully transparent, I am terrified that I might be one of those characters in the Progressive Insurance commercials who have turned into their parents. But parentamorphosis aside, there is more to my fascination.

As a pastor, aunt, mentor, and grandparent, I wonder every day what life will be like for our children. The world they are about to inherit is changing at warp speed, and one of the biggest changes gleaming on the horizon is the metaverse.

If you have so much as glanced at the news in the past few months, you’ve seen countless articles on the topic, such as Facebook founder Mark Zuckerberg investing north of $10 billion to mine this new frontier. He has even renamed Facebook “Meta.” For those of you who skip anything that involves Facebook or tech babble (and trust me, I get that), let me offer you my Baby Boomer explanation of the metaverse.

In simple terms, the metaverse is the next generation of the Internet where you’re in the experience, not just looking at it. Let’s say you’ve Googled an image of the Grand Canyon on your laptop. On the computer screen, you see a one-dimensional image. In the metaverse, through things like a virtual headset or cameras embedded in your eyeglasses, you’re in the Grand Canyon via a 360-degree virtual 3D experience. Put another way, it’s like you’ve wrapped an Imax movie screen around yourself like a blanket.

Tech folks are predicting that the metaverse will soon be used to experience things like virtual sporting events, concerts, clothes shopping, architecture, and medical research. Already, people can attend business meetings as avatars or holograms.

Sound crazy? Before we judge, let’s remember that the skepticism when the Internet first appeared. Consider this Newsweek article from February 27, 1995 entitled, The Internet: Bah: “Visionaries see a future of telecommuting workers, interactive libraries, and multimedia classrooms. They speak of electronic town meetings and virtual communities. Commerce and business will shift from offices and malls to networks and modems . . . Baloney. Do our computer pundits lack all common sense?”

Friends let’s not make the same mistake. The metaverse is not some crazy, futuristic, make-believe world.

It is the world that our children will inherit. The question is how we can best prepare them to step into this new frontier.

The answer can be found in two places: the Gospel of John and the words of one of my disco-era heroes, Casey Kasem. For those of you who don’t remember Casey Kasem, he was a radio disc jockey who broadcast one of the first Top 40 countdowns. He ended every show with same words: “Keep your feet on the ground, and keep reaching for the stars.” Those simple words are the secret to maintaining our humanity as we negotiate the cyber world.

It’s hard to imagine a better time of year than Advent to remind ourselves to keep our feet on the ground. Advent is the celebration of the incarnation—the embodiment of God in human form here on Earth. The Gospel of John makes that crystal clear: “And the Word became flesh and lived among us” (John 1:14). I’d like to offer a more modern translation from “The Message” that adds a poignant spin: “The Word became flesh and blood and moved into the neighborhood.”

And what neighborhood was that? A manger in a Bethlehem barn.

The manger is the ultimate symbol of God setting up shop on the very ground on which we stand. It represents our real, broken, messy, beautiful, tragic, and miraculous world. It represents the embodied here and now, or, as Joanna Novak recently wrote in a New York Times article, “the tactile joys of being alive.”

Science has shown that something as simple as a hug or a hand squeeze can boost our immune system, improve our sleep, and ease our anxiety and depression. Gentle massage of preemie babies has been shown to promote weight gain 47 percent faster. Human touch also increases empathy, trust, and compassion toward others.

One of the many criticisms of our increasingly electronic world is that we are losing our human connection. We’ve all experienced that devastating loss firsthand during COVID quarantines. As our cyber world expands, we must keep our feet on the ground through our holy human connection. That’s where we draw our strength and remember our humanity.

However, we aren’t called to permanently stay on the ground. We must also reach for the stars. Unfortunately, we’ve been conditioned to cringe when we hear that phrase, interpreting it as a new-age “believe it and you can do it” self-help idea. But I want to us to consider a broader, more significant “reach” that we must pursue: our call to reach into the farthest known universe to bring the Good News of the manger.

Friends, if God is willing to go to such lengths, we should be too.

Theologian Andrew Byers put it this way: “[I]f God is willing to become flesh . . . then there is no sphere—physical, social, cosmic, or virtual—safe from the relational intrusion of the Triune God. If the church is now the body of Christ, then we will find ourselves not only penetrating spatial realms but also the virtual realm of cyberspace.”

Mark my words: in twenty years, the church will be based in the metaverse. Sure, it will most likely maintain a local physical footprint, but its primary reach will be exponentially larger and different in form. In fact, it’s already happening.

Recently, I bought a virtual reality headset (to erase any parentamorphosis concerns), donned my best avatar outfit, and attended a church in the metaverse. I was expecting something otherworldly like the Jetsons, but it was much more familiar. There were pews, a preacher, music, and scripture. The difference? It was held in a virtual 3D sanctuary full of people from all over the world who were represented by avatars that spoke in their own human voices.

Okay, at first glance, it’s kind of cute and funny, but then the import sinks in. Today, there are more than 171 million users of virtual realityworldwide, and behind those 171 million avatars are real people with real human pain who are hungry for a word of healing and a sense of community.

We are God’s hands and feet in this world. While grounding ourselves in the manger, we must bring God’s healing to all by reaching for the stars in the farthest realms, including the virtual world of the metaverse.

A few weeks ago, at the end of our church service, I noticed a father lifting his one-year-old son up to his shoulders. The little boy’s eyes got so big as he looked at the world from his new and higher perspective. That is exactly what we are all trying to do: lift the next generation up to a higher and better place, give them a sense of personal and spiritual grounding while encouraging them to be bold, take risks, and reach for the stars.

It’s a daunting task. But don’t worry, we’re not alone.

For God so loved the world that he sent his son into the neighborhood, so that he could walk with us on our ground and teach us to reach for the stars.