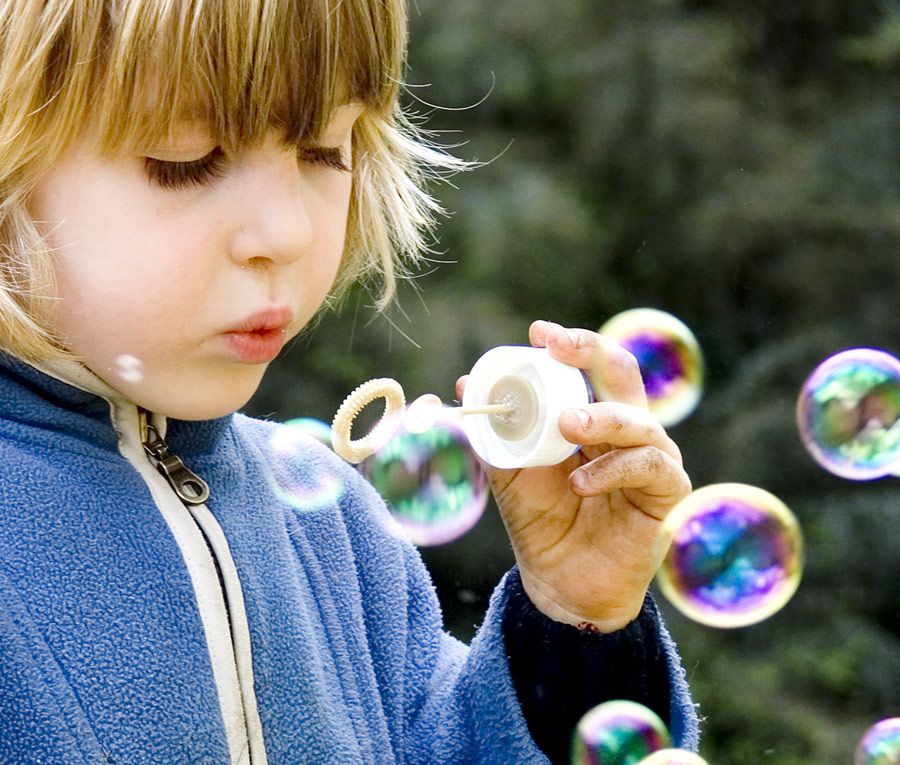 This blog was originally published in 2016 and featured in Psychology Today   . It was republished this week by the Women of the Evangelical Lutheran Church of America.

Last Wednesday, I woke up in a surly mood. You know the kind—when you open your eyes and just think *%&(@%! for no apparent reason. My whole day was looking to be doomed with this black cloud of surliness … until I walked out of the front door of my New York City apartment.

As I emerged from the entrance, I was accosted by a ginormous cloud of soap bubbles. Swatting through the blizzard, I looked up the street and saw a woman walking away pushing a stroller. Sticking out of the buggy was a tiny arm holding a battery-powered bubble machine that was exploding shiny spheres all over the mob of similarly surly morning commuters. Squeals of laughter echoed from the stroller.

I watched as people stopped, looked up from their intense sidewalk stare, and began to smile. One man broke out laughing when he realized bubbles were stuck to his briefcase. A woman in a power suit was trying to catch them in her hand. A tiny dog was leaping and chasing them. And an old man with a walker just stood by watching the bubbles like they were angels come to earth.

Amazing what water and soap can do to transform the human spirit! But then again, maybe it’s not just the soap and water, but our capacity for hope and joy that we have managed to forget, yet somehow is reflected in those bubbles. The world can tend to beat that child-like wonder out of us. Then, all of a sudden we wake up surly, mad at the world or perhaps ourselves, for no reason.

Our joy is still there. Our smile is still there. It’s just that it’s buried under years of pain, doubt and fear. The good news is that it doesn’t take that much to remember: a smile, a kind gesture, a little child with a bubble machine. And in a split second, our joy emerges like the morning sun over the horizon.

As I turned to walk to work, I decided to take a quick detour to the nearest drugstore and buy a bottle of bubbles, those soap angels from heaven. I had to; I knew it. It was a modest investment that would bring about a marvelous change.