Empowerment Religion and Spirituality Posted on Feb 18, 2013 by Susan Sparks

Like Ever: How Taylor Swift and Jesus Can Help Us Avoid Bad Relationships 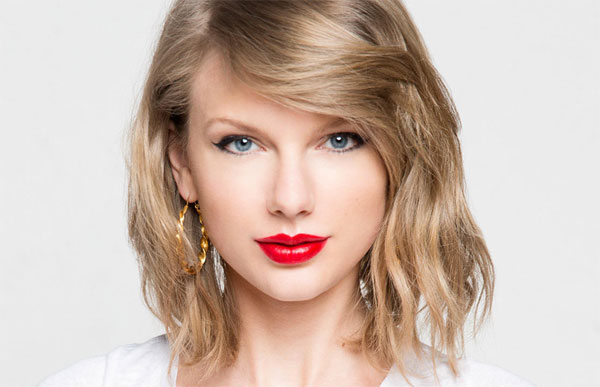 This piece can also be found on my Psychology Today Blog.

The question of what to write about this week was pretty easy, as two clear themes emerged in the headlines: relationships via Valentines and the US Air/American Airlines merger and disasters via Carnival Cruise Lines and the meteor hitting Siberia. (As a quick aside, I will share my favorite tweet from an Alaska resident on the meteor crisis: I live in Alaska but I couldn’t see the meteor from my house!)

With this combo of relationship and disasters what else could I do but write about bad relationships? Apparently I am good company with this theme, since last Sunday the opening song for the Grammy’s was created thanks to a “disastrous relationship.” Yes, I am talking about Taylor Swift’s smash hit “We are Never Ever Getting Back Together.” And if that title is not clear enough, she adds this great tag line throughout the song: “Like ever!”

Probably all of us have, at one time or another, faced a bad relationship; or God forbid, are in one now. It may a romantic relationship, it may be a friend, or maybe it’s a business partner; relationships where we were drawn in for the wrong reasons, attracted thanks to our own weakness.

And you know what this reminds me of? Fifty dollars says no.

Nope, didn’t think you’d get it. Of course, who would? Taylor Swift reminds me of Jesus’ temptation in the desert by the devil.

Now don’t stop reading simply because you’re not religious. I’m not trying to convert you. I’m just linking in a relevant story about a guy who was tempted by a bad influence and found a way to overcome it by ultimately spouting off a version of Taylor Swift’s lyrics: “we are never ever getting together … like ever!”

How does one do this? Well conveniently there are three easy steps.

First, we must recognize that we all have demons or devils. When I say devil, I don’t mean a red guy with horns and a pitch fork. Sometimes the devil is the negative voices of our own hearts. The great psychotherapist Carl Jung called these our shadow selves; the parts of ourselves that we want to keep hidden away.

Second, we must realize that we will be tempted by that devil. Those inner demons know us well; they know our deepest fears and insecurities; they know where we are weak, where we will break. More importantly, they are relentless and will harp until we begin to believe the negative messages ourselves.

Look at Jesus’ temptation in the desert for example. His devil went after the places he was weakest: food (command these stones to become bread – said to him after weeks without food), issues of abandonment (let your angels save you – said after he had wandered alone for forty days) and ego (I will give you the world and all its splendor, if only you will worship me).

The things the devil threw out to turn Jesus’ head are the same things our demons throw at us: food for our emotionally starved hearts and words that play on abandonment, power and ego.

The difference? We can’t seem to say no.

And that’s when the trouble begins; for it’s then we start to attract people into our lives who speak and act with those same negative voices. It’s like the old saying: “We attract the love we think we deserve.”

So how did Jesus manage to say no? How did he resist? Step three: enter Taylor Swift. To every temptation thrown at him, Jesus did two things: 1) he refused the temptation by saying “we are never ever getting together … like ever” and 2) he replaced the temptation with a greater power — like the second and third steps of the Twelve Step program:

Come to believe that a Power greater than ourselves can restore us to sanity; and Make a decision to turn our will and our lives over to the care of God as we understand Him.

We can break the cycle of bad relationships; we can reprogram our hearts and minds to demand the best for ourselves and others; we can stop listening to the inner demons and face down any temptation, if we will only turn our lives over to a greater power and then say, with great gusto: “We are never ever getting back together … like ever!”

Homeless are they
Who would abide alone, apart from Me.
Yet would I call them home. My Voice I send
To sing in soundless places. Hear from Me
The song a Father sings to you, His child;
A melody from far beyond the world.
Step back and listen, for He comes to bless
And tell you that you are not comfortless.