Empowerment Self care Posted on Mar 21, 2019 by Susan Sparks

Life Lessons from a Wooly Mammoth 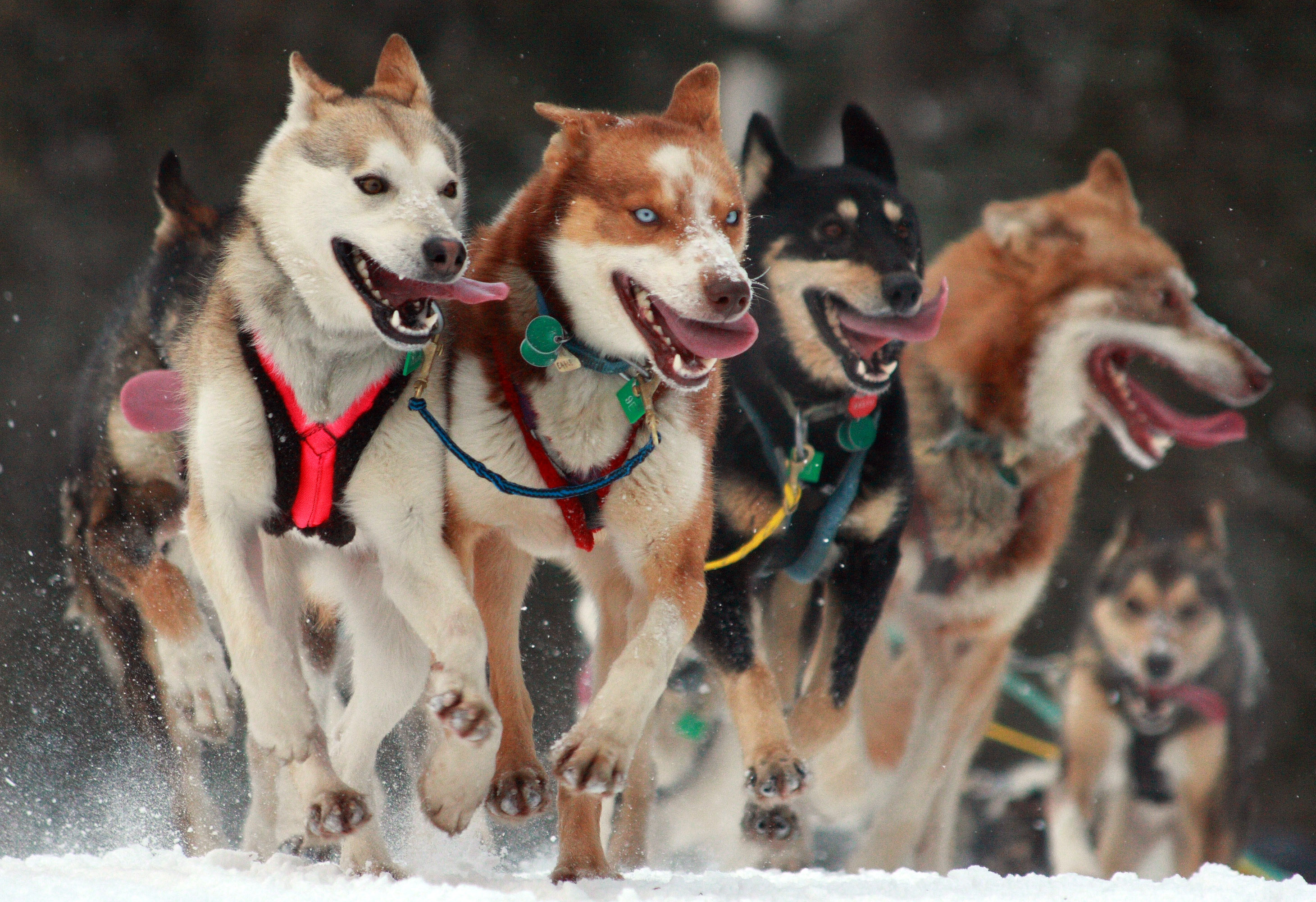 This was featured as a nationally syndicated column with Gatehouse Media on March 6, 2019.

I love watching the famous Iditarod dog sled race that’s taking place this week in Alaska. Okay, yeah, I live in New York City. And yeah, the only dog I’ve ever owned was a Labrador retriever named Stuart who spent his days eating Fritos and sleeping. But (and hold on to your hats) I have experience as a musher.

Years ago, during the innocence (and ignorance) of my youth, I signed up for an Outward Bound dog-sledding trip in the Boundary Waters of northern Minnesota near the Canadian Border.

Oh, and we were camping.

It was there that I spent ten of the coldest days of my life learning to run a dog sled team. But this was not your average team of cute huskies you see at the pet shop. The Outward Bound camp had adopted a group of specially bred huskies from the Mawson research outpost in Antarctica. Unlike their state-side brethren, my dogs, including my two leads, Cardiff and Bear, resembled a cross between a miniature pony and a wooly mammoth.

They say what doesn’t kill you makes you stronger. To be honest, there were days on that trip when I wasn’t sure which it would be. But I lived and eventually made it back to New York City armed with unforgettable life lessons, mostly from the dogs.

Perhaps the most powerful lesson was about life itself—and how to lead it. Those burly dogs wanted nothing more than to pull that sled. It was an ingrained passion. You’d hitch them up and their eyes would light. Their ears would perk, and they’d be ready to bust out of their harnesses with joy.

Each dog knew its role and had its place. For every team, there were two lead dogs that were particularly skilled at obeying directional commands and finding trails. Behind them were the two point dogs that acted as back-up leaders. Directly in front of the sled were the wheel dogs that helped keep the sled on the trail. And in between were the team dogs that brought the power and endurance to keep the sled going.

The success of the team depended on each dog using its particular skill in concert with the others. When they were in full swing, each dog fully zoned into his or her role, it was thing of grace and beauty. It was in those moments of watching my team at work that I learned the value of using individual strengths to support a group’s effort and the lesson that the gifts of others are all important, even if they are different than ours.

Sadly, there were a few dogs at the camp that were injured and unable to pull a full sled. I would spend a little time sitting with one of my favorites every day. Petting her, I couldn’t help but notice that her coat and eyes had grown a bit dull. Then, one day, an instructor brought over a tiny, super-light sled that they were going to let her start pulling for just a few minutes a day, and she exploded into life.

We all have that place where we, too, come to life—where we feel like we’re doing what we were born to do. Of course, there is the opposite as well—the places in life where our coats and our eyes grow dull. And what a waste it is to spend time there.

There’s an old saying that every creature has its rightful place, and in that place, it becomes beautiful. The Psalmist put it another way: “I praise you because I am fearfully and wonderfully made” (Psalm 139:14). Either way, it’s an affirmation of our unique gifts and our innate worth in this life.

This week spend a few minutes watching the Iditarod (Iditarod.com) and see first-hand the raw passion of those dogs. Once you see it, you’ll never forget. And, perhaps, like me, that image will inspire you to live to your fullest potential and never let your eyes grow dull.