Justice Religion and Spirituality Posted on Feb 19, 2013 by Susan Sparks 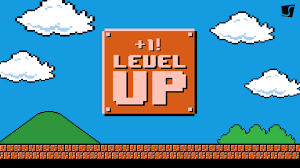 Many probably think I’m on a slippery slope to hell. I drink beer, I dance, and God help me, I’m a Baptist minister. However, it’s not the Stella Artois or tango lessons that are greasing my downward slide. The real shocker? My belief that online gaming may revive organized religion.

STOP – Don’t close this page because you think I’m talking about violent games. I’m not. This is about an entirely different genre; this is about games that are changing the world.

I began to understand the power of online games last November when I was invited to participate in a panel discussion with Jane McGonigal, world-renowned gaming theorist, Research Affiliate for The Institute for the Future, and author of the New York Times bestseller Reality is Broken.

Not being a gamer myself (my last foray was Ms. Pac-Man in the ‘80s), I was skeptical of how our respective worlds overlapped. I envisioned us discussing ordained avatars and virtual communion wafers. Yet after a provocative panel discussion (and a standing ovation from the audience), it became clear that religion and games share way more than religious apps and virtual churches. They share a mutual end goal: to offer a healing alternative to our broken world.

It’s just that one is doing a much better job than the other.

Just look at the statistics. Membership in organized religion is plummeting worldwide, while global participation in online gaming is exploding, crossing from the millions into the billions in the next few years.

Rather than offer a better vision, our religious messages tend to mirror the pain of our broken world — especially in the church. We don’t inspire followers, we shame them; we don’t bridge differences, we create them. We aren’t healing the kingdom because we’re too busy arguing about who is welcome, who owns the truth, and whether “smote” is to be taken literally or as a metaphor. In short, we aren’t “leveling up” (a gaming term meaning to better your position).

Alternatively, games are all about leveling up by inspiring players to better themselves, advance, and achieve epic missions. They do so by offering experiences and opportunities that meet core human needs, such as satisfying work, challenging but reachable goals, social connection, creating meaning, and being part of something bigger than ourselves. As a result, games attract massive voluntary global communities that come together to solve problems, create solutions, and level up our world.

For example, one of the fastest growing gaming areas is games for social change, a gaming community that is literally reinventing government, healthcare, education, social services, and business.

One such game, Foldit, has broken open issues such as Alzheimer’s, cancer, and HIV/AIDS research. For years, scientists have struggled to understand how proteins fold and form in order to answer critical medical questions. Due to the intricacies and varieties of the patterns, however, it is taking scientists decades to break the codes. Recently, the gaming community got involved with Foldit, an online puzzle game which allows players to create new shapes of proteins by randomly folding digital molecules on their computer screens. The patterns that were taking the scientific community years to figure out took the online community a matter of days.

One of the newest games for change is Half the Sky, due for release in March 2013. Focusing on raising awareness of issues like female genital mutilation and child prostitution, supporters include the Ford, Rockefeller, and United Nations foundations, Zenga, Intel, and the National Endowment for the Arts.

Other such games include World Without Oil, an alternate reality game created to engineer solutions to the global oil crisis, Family of Heroes, targeted at families and friends of veterans to recognize symptoms of post-deployment stress, Darfur is Dying, MTV’s 2006 offering in which players navigate the terrors of a Sudanese refugee camp, SuperBetter, an online game that harnesses the power of positive emotions and social connection to assist in recovery from illness and injury, and Free Rice, an online non-profit supporting the United Nations World Food Program through collaborative, multi player educational games.

People are starving for meaning and social connection—to be a part of something epic. And they are flocking from the church to games, because gamers are the ones creating opportunities for these needs; chances for real people to come together and create global solutions. To put it in religious terms: reality is the world after the fall and games are offering one of the few glimpses of the new Eden—a place where people find meaning and purpose, a world of global cooperation, a community where epic healing can happen.

Am I saying that religion should be a game? Obviously not. However, if we consider ourselves stewards of our faith, if we are serious about ensuring a legacy for these ancient traditions, it would behoove us to peer outside the doors of our vaulted cathedrals to see who is truly inspiring followers to come together to heal the kingdom. As Jane McGonigal wrote: “Games aren’t leading us to the downfall of human civilization. They’re leading us to its reinvention.”

Perhaps if believers spent some time leveling up, we could also say that for religion.