Cancer (and other road hazards) Religion and Spirituality Posted on Apr 16, 2015 by Susan Sparks 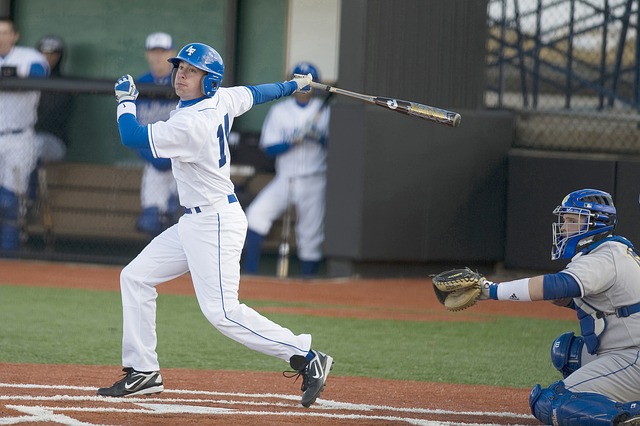 This blog was also featured on Huffington Post and as a sermon at the Madison Avenue Baptist Church in NYC.

Baseball and religion are a perfect match. In fact, many people have talked about baseball as a religion. F. Scott Fitzgerald famously called baseball “the faith of fifty million people.” And who could forget Susan Sarandon’s opening lines in the movie Bull Durham? “I believe in the church of baseball…For instance, there are 108 beads in a Catholic rosary and there are a 108 stitches in a baseball …and the only church that truly feeds the soul day in and day out is the church of baseball.”

My personal favorite observation is the great wisdom from the philosopher, scholar (and comedian) George Carlin. George talked about the spiritual nature of baseball by pointing out the difference between baseball and football. “In football, the object is for the quarterback, otherwise known as the field general to … hit his receivers with deadly accuracy … With short bullet passes and long bombs, he marches his troops into enemy territory … In baseball, the object is to go home and to be safe.”

Right on, George. Baseball has much to teach us about the spiritual path.

Late in his career, Babe Ruth stepped up to the plate in game three of the 1932 World Series. The Chicago crowd went crazy, yelling insults, and even throwing lemons onto the field. The Cubs bench was even worse. Everyone wanted to take him down.

Standing in the batter’s box and taking the full force of the insults, Babe suddenly called timeout. He stepped out of the box and pointed his bat toward center field as if he were calling his shot, and saying to everyone there, “Nothing you can do can touch me.”

After a moment, he stepped back in the box, and the pitcher, Charles Root wound up and flung his best curve ball at him. Babe connected with an earthquake-like crack, and the ball soared deep into center field just where he had predicted. It was the longest homerun in Wrigley Field history.

What’s the lesson? Don’t let the crowd bully you into believing you are less than you are. Keep your eye on the ball. As the author Seth Godin says, “If you try to delight the undelightable, you’ve made yourself miserable for no reason.”

There is another spiritual lesson from baseball: we do not play alone. We have a team surrounding us. It’s just sometimes we don’t see them.

There is a great story about a Yankees broadcaster named Phil Rizzuto. One day, his colleague looked at Phil’s scorecard in the booth and saw a notation “WW” which he didn’t recognize. He asked Phil, “What is this?” And Phil replied, “Oh, wasn’t watching.”

Sometimes, we just don’t see the team who plays with us, around us and for us.

NYU President, John Sexton offers this insight from his book, Baseball as a Road to God: Seeing Beyond the Game. “The similarities between baseball and religion abound. The ballpark as cathedral; saints and sinners; the curses and blessings. But then what I’m arguing is beyond that surface level, there’s a fundamental similarity between baseball and religion which goes to the capacity of baseball to cause human beings, in a context they don’t think of as religious, to break the plane of ordinary existence into the plane of extraordinary existence.”

Amen to that. Being part of a team can elevate us to heights beyond our individual existence. As it says in Ecclesiastes, “Two are better than one, because they have a good reward for their toil. For if they fall, one will lift up his fellow…And though a man might prevail against one who is alone, two will withstand him—a threefold cord is not quickly broken.”

A quote by my favorite author Anne Lamott inspires a third spiritual lesson from baseball: “Grace bats last.” In baseball, people would say, “Grace bats cleanup.” The cleanup batter is always the fourth one in the lineup. The aim is to get the first three batters on base; then, with the bases loaded, the strongest hitter steps up.

We all know that feeling where we have trained, fought, worked, and sweated, yet we reach the point where we can do no more. The crowd is jeering. We are being pitched nothing but curve balls and sliders. Nothing short of a miracle will do.

In that moment, the cleanup batter (call him who you will: Grace, God, Yahweh, Allah, Jesus, Buddha, Brahman, the Great Spirit) steps in and brings us safely home.

Where do you hear the jeering crowds?
When do you feel most alone?
What miracle do you await?

When you’re surrounded by doubters, and the bases are loaded, and you find yourself facing curve balls and sliders, remember that the jeering crowd can’t touch you, or define you, because you are part of a team where grace bats last.