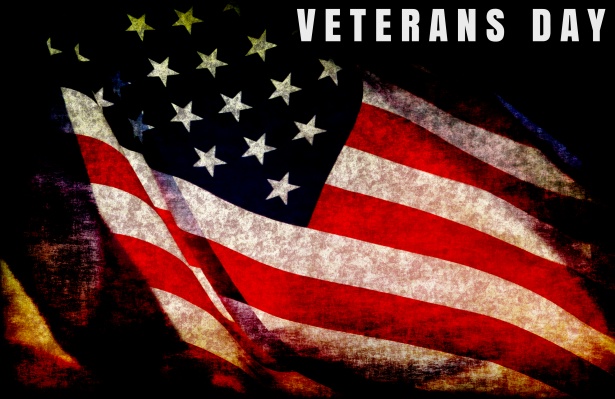 This message by my husband, Carl T. Solberg, Vietnam Veteran, was also given as a sermon in 2011 at the historic Madison Avenue Baptist Church in NYC (www.mabcnyc.org )

I was honored when Susan asked if I would like to offer a message for this Veteran’s Day.   As I am a veteran, you might expect my message to be straightforward – a gung-ho voice celebrating our military, evoking the patriotic feelings we experience when  the Veteran’s Day parade goes by.

My view is a bit more complex.  As a Christian and a veteran, I have found the issues of war and service and faith complicated .  I have two themes for this Veteran’s Day message: as Americans, we should support our vets; and as people of faith, we should think long and hard about wars, particularly the voluntary kind.

First, I believe whole heartedly that we should support our vets, current and future.  Not long ago I was on a domestic plane flight, and before leaving the gate the pilot announced that we had to wait a few more minutes, for some special passengers.  Shortly the hostesses ushered into the cabin a group of young men and women, wearing the fatigue uniforms of our nation’s military, as the pilot announced that they were headed for service in Iraq.  The passengers broke into applause.  The pilot – obviously himself a veteran – poked his head into the passenger cabin to watch, with a smile.  We were all proud of them, our young folks heading overseas to serve and do battle, for us.

My experience was a bit different.

My service came in the Vietnam War, the most unpopular war in American history.   When I traveled around the country in my uniform, no one cheered, no one clapped; people looked anywhere but at me.  The rare kind word or smile came only from veterans.  When I came home in 1970 from my combat tour in Vietnam, we got off a transport plane at an air force base outside Seattle and walked under a big sign that read, Welcome home, soldier!  America is proud of you!  24 hours later, I was dropped off at the Seattle airport by an army bus, and I stood on the sidewalk, wearing a new uniform for my trip home and clutching my new orders, discharging me from the Army.

I wasn’t quite ready to go home.  My head was spinning from the abrupt transition from the jungle, thousands of miles away, to a cool April evening in the Pacific Northwest.  I found a pay phone and called a college friend, who was then a graduate student in Seattle.  Before long Bob was pulling up in his car at the curb.  He did a wonderful thing for me – he took me skiing in the nearby Cascade Mountains for a couple of days.  It was a great transition – everywhere I looked people were smiling, no one was shooting, and it couldn’t have been farther from the jungle.

But before we went skiing, we stopped at the house Bob was sharing with several other graduate students.  Bob introduced me – this is my friend Toby – he just got home from Vietnam!  None of them would shake my hand.

The sign I’d walked under – welcome home, soldier, America is proud of you – was a lie.  America was not proud of me – America was ashamed of me.  Definitely a Veteran’s Day contradiction.

I started law school that fall; I didn’t tell anyone I was a veteran.  I pushed Vietnam into the back of my mind, and buckled down to building a life for myself.  Some 15 years later, another vet stuck his head into my office and called my attention to the Veteran’s Day parade outside; he said there were Vietnam veterans marching, and they were being cheered.  Time had passed, attitudes had changed.  But I will never be able to shake the memory that I once put everything I had on the line for my country, and my country was not grateful.

Vietnam – and Korea – were departures for Americans.  The wars that had gone before were easy to understand: the Revolution to make us free, the Civil War to keep our country together and abolish slavery, – and above all World War II: the worldwide struggle against tyranny, totalitarianism, hatred, cruelty, the Holocaust.  And all Americans dug deep for that one.

I think of my grandmother, who lived in Eau Claire, WI her entire life.  She had 3 children; all 3 went to war – one son to England to train with the 101st Airborne Division for the invasion of France, another son on a destroyer in the Pacific, and a daughter, my mother, in the Red Cross on the distant Pacific island of New Caledonia.  And one day an Army car pulled up outside, and an Army officer got out, along with the pastor from Grandma’s church.  They gave her the bad news – her son John had been killed in action in Normandy.  He’s buried in the American Cemetery at Omaha Beach.  On his cross, below his name, rank, unit and dates, it says Wisconsin.  When you look around at the other crosses, some of them Stars of David, you see Texas, and California, and Iowa, and North Carolina.  A long way from Eau Claire, WI.  A war that touched all Americans, and that was easy to understand.  Not like Korea or Vietnam.

That said, back the Vets, but question the wars.

The truth is – wars are a little too easy for us to wage these days.  They’re fought on the other side of the world, far from our daily view, by volunteers.  I always felt that we’re very lucky to live in America, and that we citizens have an obligation to give something back, be it military service, alternative service, Peace Corps, Teacher Corps, whatever.

Our lives today are pretty cushy, and apart from 9/11 we’re far removed from the trouble spots of the world.  We have to read history to remind ourselves that a lot of blood was spilled here in the United States by our forefathers to get us to the liberties and luxuries we enjoy today.  New York City was occupied by our enemy during the Revolution.  There were battles on Long Island, in White Plains; George Washington moved his army across the Hudson River right where the GW Bridge is today.  We haven’t had a war on American soil since the Civil War.  In today’s global society, we send our troops far away.

And the troops we send are volunteers.  The bulk of service in the Vietnam war, at the level of the ordinary soldier, was borne by draftees, like me.  We didn’t volunteer.  We went under compulsion.  Imagine if you can that today every male as he turns 18 gets a letter saying, you’re 1A – you’re ready to go; you can be called at any moment.  And you will be called.

Today there is no draft.  Today’s wars are borne by our professional military, supplemented by the Reserve and the National Guard, all of them volunteers.

One thing ties all wars together: they tend to be declared by old people, our politicians – and fought by young people.    A former business colleague of mine, a venture capital banker then in his 60s, had a brilliant idea.    Bill pointed out that wars have always been fought by young men – why?  Young men think they’ll never die, they think war will be an adventure.  Bill suggested we send our old people off to fight instead.  Think about it: older people are less likely to cooperate.  Picture the World War I scene of the troops in the trenches; an officer shouts, over the top, boys!  Charge!  The troops in the trenches, average age say 65, respond: my back’s a little stiff today, it’s not really a good day for a charge.  Maybe tomorrow.  They’re also more likely to argue: why should we charge?  They’ve got machine guns!  It’s dangerous, not to mention pointless.  This idea  could be the end of warfare – at long last.

Support the vets.  But the best thing we could do for our vets is to save their lives; decide NOT to wage a voluntary war on the other side of the world.  Question the wars our politicians propose.

These are important moral issues.  Maybe we could find some guidance in our faith.  Well – if there are any two features of this world more intertwined than religion and war, I don’t know what they are. In the 2000 years since the birth of Christ, try to find a war that wasn’t fought over religion; that didn’t invoke religion on one or both sides; that didn’t represent people trying to pull God into their human disputes.

There’s hardly been a period in Christian history without a Christian war going on somewhere: Christians against Muslims, Catholics against Protestants, Protestants against Protestants.  Everybody against other faiths, considered non-believers, like Aztecs, Incas and other Native Americans.  Wars without declaring war, like the Inquisition, in which the only Christian church of the time virtually declared war on its own people over minor matters of church dogma, all in the name of Christ.

And if the war wasn’t directly over religion, religion was invoked, often by both sides.  Think of the Civil War, with famously pious generals – mostly Protestants – on both sides praying to God for strength to kill each other.  And thanking God afterwards for giving them the victory.

And then there’s the New Testament: the life of Christ, the ultimate pacifist.  Can anyone reading the Beatitudes think that Christ would think it was OK to kill Southerners?  Or Northerners?  Or members of another faith, or members of no faith?

The teachings of Christ – the very essence of Christianity – tell us that killing is a sin.  Despite 2000 years of human effort to the contrary, there is no justification in the story of Christ for killing each other. Quite the contrary.

Of course, Jesus wasn’t there on Christmas Eve of 1969 when my little fire base in the Central Highlands of Vietnam was attacked.  Or maybe He was there, and we just didn’t have time to consult.  There wasn’t an opportunity at Pearl Harbor for our soldiers and sailors to ask what to do.  Is it wrong to defend yourself?  To defend your country?

Like most American veterans, I consider myself a religious man (there’s a famous saying in the military: there are no atheists in foxholes) – and so I am conflicted about Veteran’s Day.  I’m conflicted about the Vietnam War, torn between pride in my service, shame at my country’s reaction, regret that my country saw fit to spend my service in so poor a cause, guilt at surviving the war when so many did not.  I’m conflicted about the use of Christianity throughout its history by my fellow humans as an excuse for systematically violating the most fundamental precept of our faith.

That’s a lot of conflict, for a holiday.  There’s a parade, with bands, waving flags, cheering children, and a lot of old men marching in uniforms that are a bit too tight.  The Shriners show up at a lot of these parades, and buzz around Fifth Avenue in their little cars.  Maybe I ought not to take myself so seriously; maybe I ought to forget about contradictions and conflicts, so natural to our human condition.  Maybe I just ought to bask in the cheers and thanks of my countrymen, however flawed, and not worry about my equally flawed self.  After all, we’re only human.  And maybe that’s the answer: even God doesn’t expect us to match Jesus’s idealistic teachings – just to do our best.  And that’s what our veterans did, all of them, in every war: we did our best. So let’s do our best for them, take care of our veterans, and maybe at long last, we can all believe in that sign: welcome home, soldier!  America is proud of you.